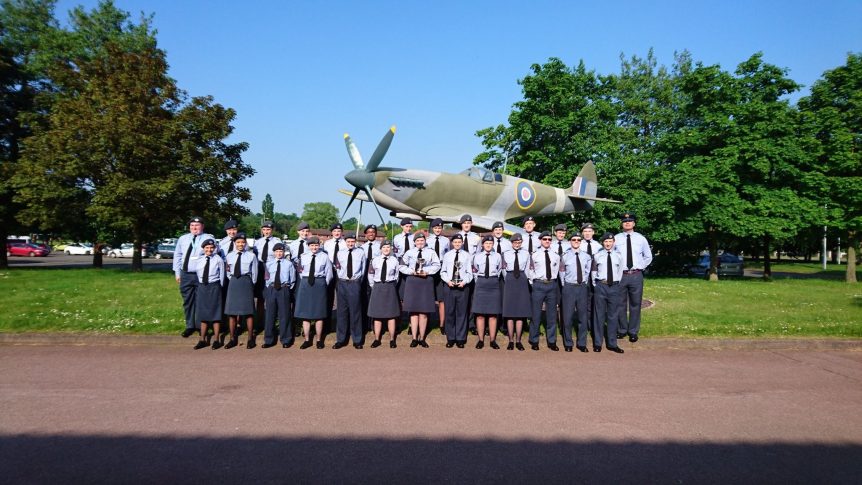 Wing Field Day is an annual event where all 29 squadrons in West Mercian Wing come together to compete against each other in a variety of competitions, such as drill, aircraft recognition and first aid. The squadron came away winning ‘Smartest Squadron’ (we last won this in 1992) and myself winning ‘Smartest Cadet’ (we have never won this before).

Below: Cadet T. Gent after being named the ‘Smartest Cadet’ in West Mercian Wing.