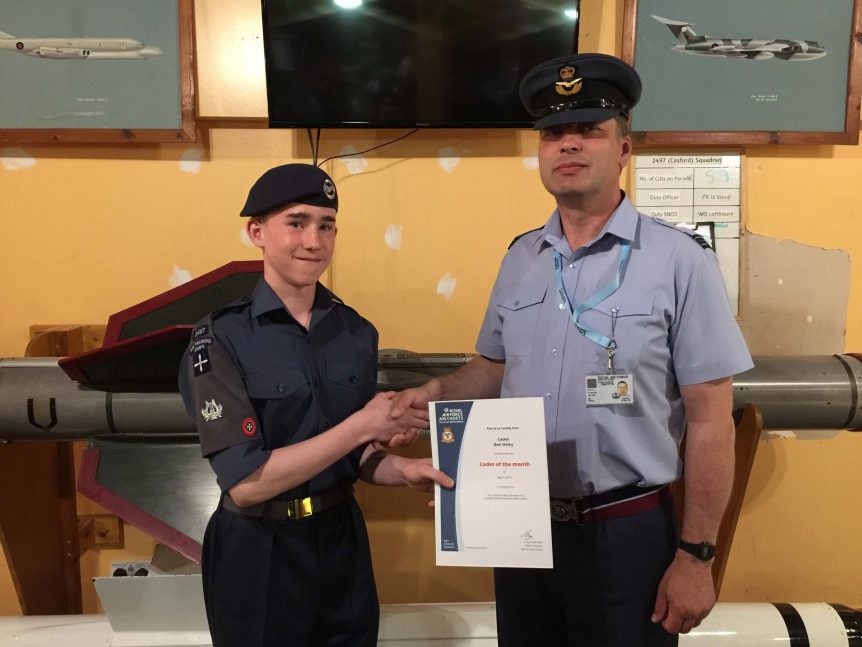 Cadet Haley has been chosen due to his consistent high standards and fantastic attitude towards fellow cadets.