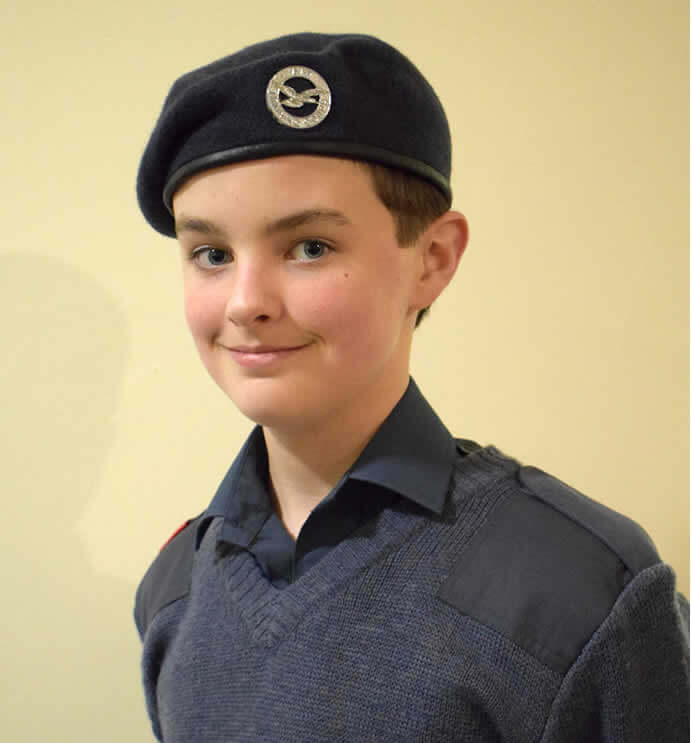 Congratulations to Cadet S. Bentley for being one of the cadets nominated by the Cadet Non-Commissioned Officers and for being chosen as the Cadet of the Month by Cadet Warrant Officer Phillips and Cadet Flight Sergeant Pritchard.

Cadet Bentley has been chosen due to his growth in confidence which has been demonstrated through his commitment to the squadron in participating in a variety of activities.