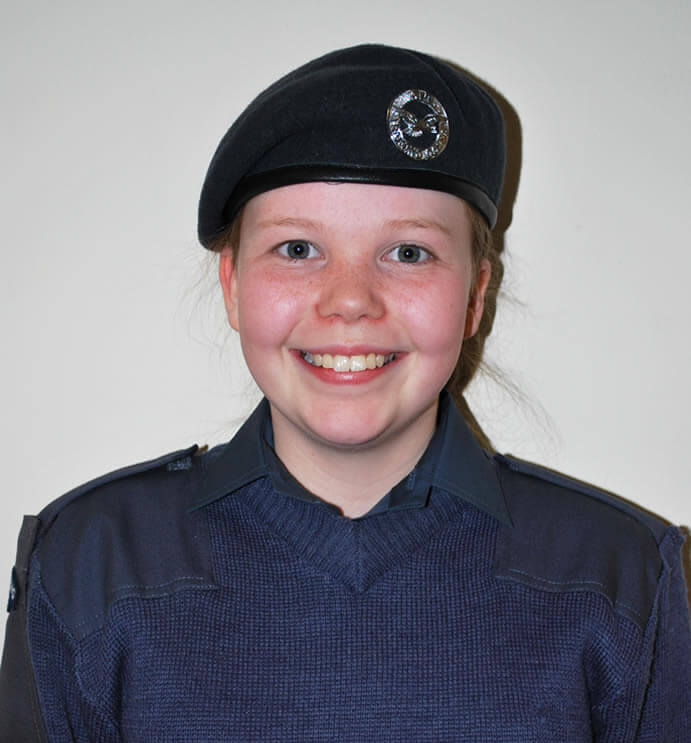 Cadet Leeper has been chosen due to her positive attitude and her increased involvement, confidence and social interaction with squadron activities. Cadet Leeper has been continually improving her uniform – particularly her shoes – in preparation for our recent Annual Formal Inspection and is consistently putting herself forward for events, which has been presented through her increased attendance.