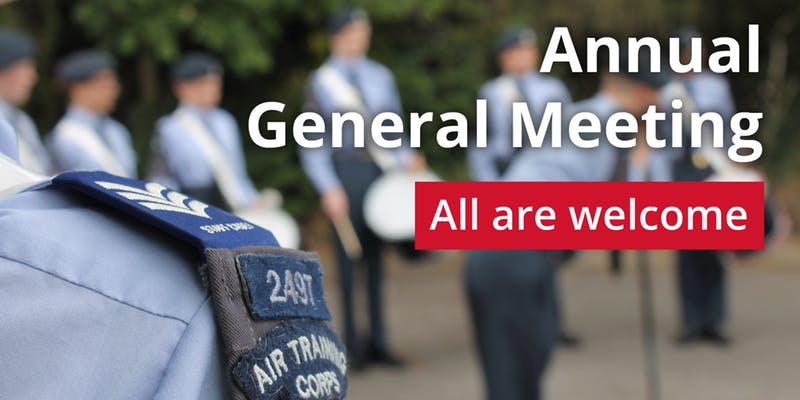 You are cordially invited to attend the Annual General Meeting of the Civilian Welfare Committee of 2497 (Cosford) Squadron Air Training Corps.

Civilian Welfare Committees determine the running of the Air Training Corps from squadron level through to representation on the Air Defence Council. Each squadron has one, comprised of parents, guardians and friends, its role being to assist the squadron’s Commanding Officer, raise funds and ensure the squadron maintains direction.

As you can imagine, fundraising is a very important aspect as it supports many of our activities. Most camps and other adventurous pursuits are financed through this fundraising and it’s these efforts which help keep the cost of air cadet membership incredibly low.

Many parents, guardians and friends get a great deal of enjoyment and fun out of assisting ‘their’ squadron as members of the Civilian Welfare Committee. Our committee meets once every three months under the direction of a Chairman, Secretary, and Treasurer. We are always willing to accept offers of extra help – even if you can’t commit to regular or long-term assistance. Learn more: 2497.sqn.ac/joinus

The following business will be transacted

Nominations for officers of the committee

Nominations for the officers of the committee must be submitted in writing to Robert Parry, Chairman via chair@2497.sqn.ac by no later than 9.00pm on Wednesday 1st May 2019. Please note, the consent of any nominee must be obtained before their name is put forward.