The Morris Trophy is awarded to the Best Largest Squadron in the RAF Air Cadets. Earlier in the year, Wing Commander A. Griffin, Officer Commanding West Mercian Wing nominated us to represent the Wing for the award.

The next stage was for Group Captain Simon, Regional Commandant Wales and West to inspect us – as well as five other squadrons in his region – to decide who he wanted to choose to represent the Region. 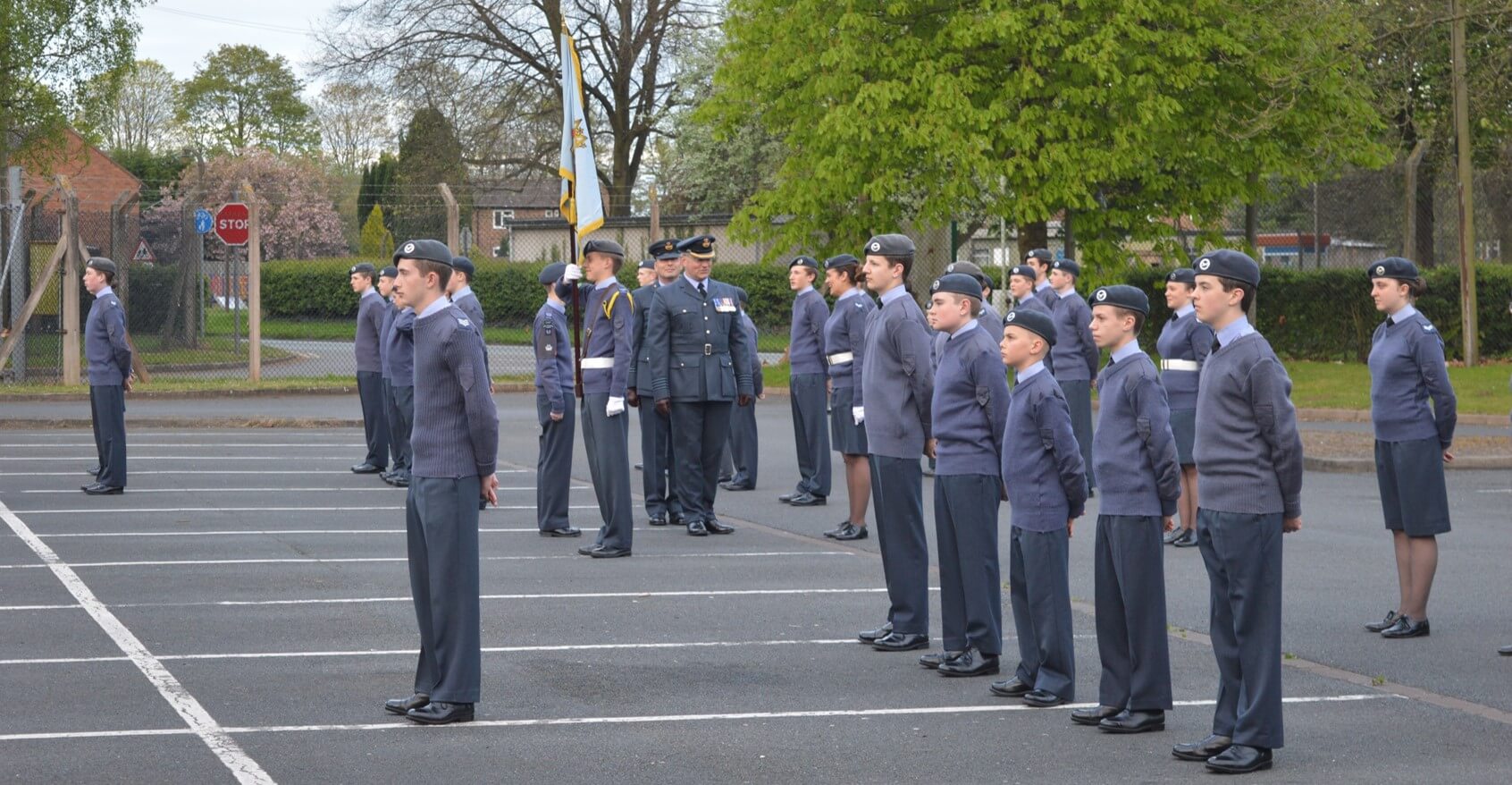 The parade concluded with a march past.

The remainder of the evening consisted of multiple activities being run throughout the squadron, including radio communications training, modelling, flight simulator training and a Duke of Edinburgh’s Award debrief following a recent practise DofE expedition.

Below: Cadet Cross and Cadet Sergeant T. Wassermann are seen using one of the squadron’s flight simulation computers by Don Rhodes, Chairman 2497 (Cosford) Squadron Civilian Committee; and a Wales and West Regional Officer.

The evening concluded with the Regional Commandant promoting Cadet Sergeant A. Killeen to the rank of Cadet Flight Sergeant. 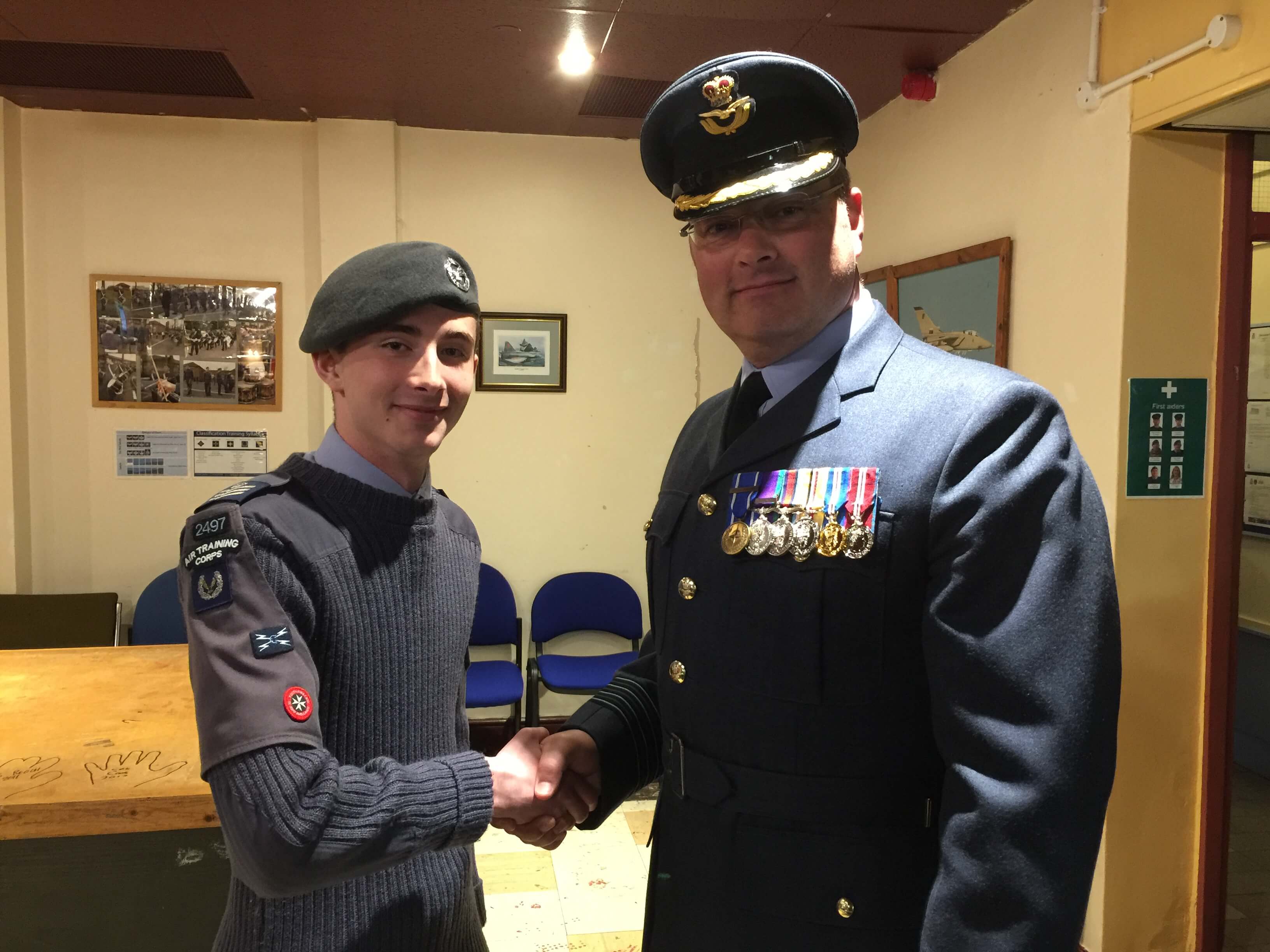 It was announced on Wednesday 26th April that the Regional Commandant has selected 1122 (Marmion) Squadron as the Regional nomination for the Morris Trophy. Air Commodore McCafferty, Commandant RAF Air Cadets will now inspect a total of six squadrons (one from each region) to decide on who will be awarded the Morris Trophy for the Best Largest Squadron.